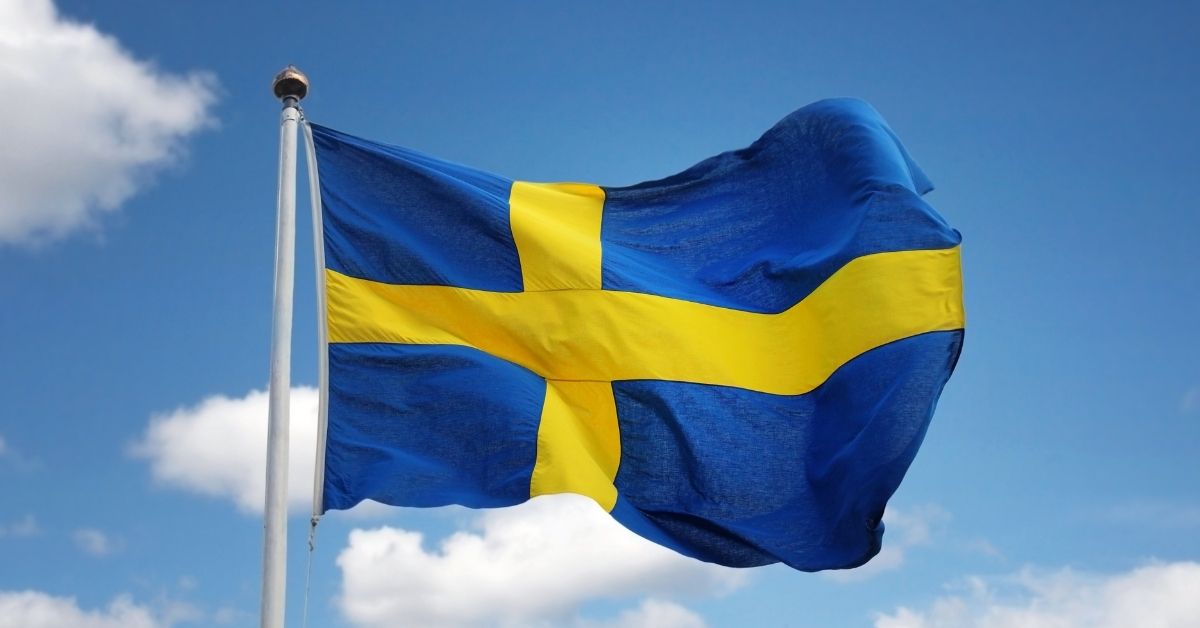 Sweden flag consists of a blue background and a gold or yellow colored Nordic cross. This is an asymmetric cross, where the crossbar is moved towards the interior edge of the flag. The Nordic cross in this flag represents Christianity. According to historians, it is believed that the colors and design of the flag represents the coat of arms of Sweden.

History of the Swedish flag

The exact history behind the flag of Sweden is not known. However, there is evidence available to represent the usage of the flag during the 16th Century, where King Gustav was ruling the country. According to the historical records, the very first legal description was included in the royal warranty of 1562. According to it, the Swedish flag is represented by a yellow cross printed on a blue background.

Along with time, numerous changes were introduced to the Sweden flag. On the 6th of June 1815, Sweden and Norway got a common military and a Union flag was introduced. This was quite similar to the tripled tailed military flag of Sweden, but there was a red colored saltire included within the canton. In 1844, new flags were introduced to the two kingdoms based on a royal resolution.

The Swedish flag that we can see as of now was introduced in 1906. This is where the specific colors of the flag were introduced as well. According to the Flag law, the two colors to be used in the Flag of Sweden were identified as Golden Yellow and Light Medium Blue. The flag remains the same as of now. It can be seen as per the Sweden flag image indicated below. Flag day is celebrated in Sweden on the 6th of June, every year.

Swedish flag gives out a meaning that represents the identity of the nation. The blue color is representing perseverance, vigilance, truth, loyalty, and justice. On the other hand, the gold and yellow colors of the flag represent the generosity of the people.

Uses of the Swedish flag

There are two different variations in the Sweden flag. The first variation is the swallow-tailed flag. This flag is only being used by the military. Then there is the rectangular version of the flag, which is the most popular. This flag is being used by both private citizens and the government.

Rules for displaying the Sweden flag

There are certain rules that people should adhere to, at the time of displaying the Sweden flag. When the flag is being used in a standalone flagpole, the width should be equaling a fourth of the height of the overall pole. But when the flag is being used from a flag pole that extends from a building, the flag should have a width that equals at least a third of the height of the pole.

There are certain rules for lowering and raising the Sweden flag as well. for example, the flag of Sweden can be raised from 8 am in the morning from the 1st of March until the 31st of October. However, the time changes to 9 am from 1st of November to 28th or 29th of February. It is possible for the flag to be taken down along with the sunset. However, it should not be kept after 9 pm in the evening. If the flag can be illuminated by sunlight, it is possible to keep it even after the sunset.