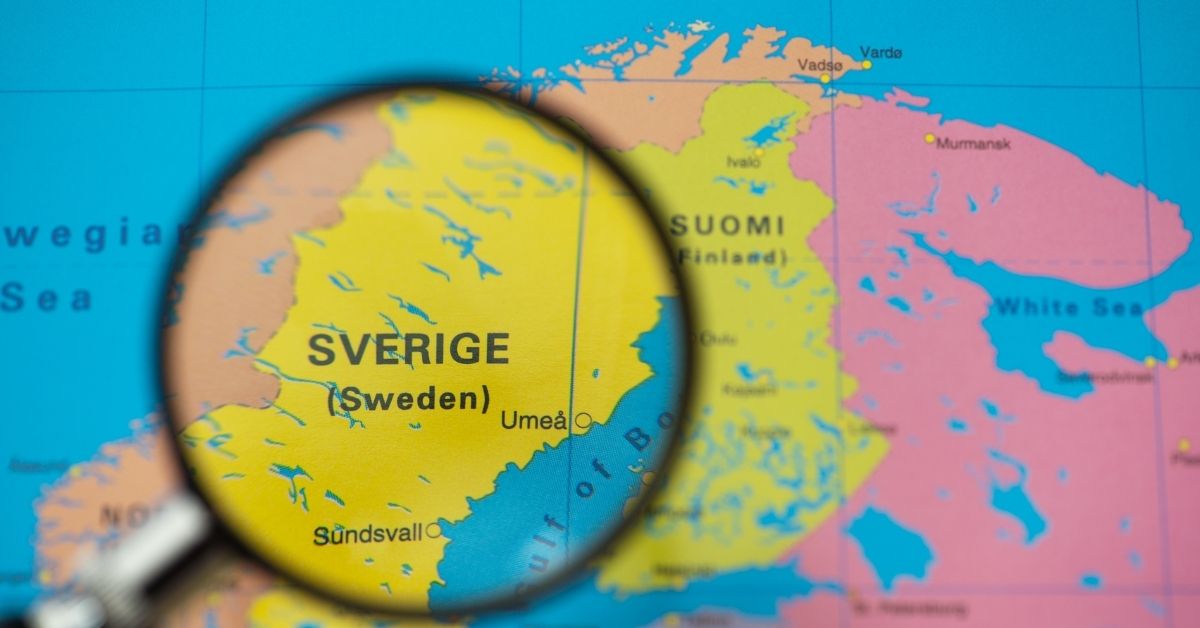 When you hear the word “socialism,” what is the picture that pops into your head? Is it an image of Karl Marx or one of an old man on social security? Whether it is the extreme view of Fascists and Communists, or a more tamed and restrained concept of equality and helping others through mutual benefits, your definition is probably a bit biased. Human beings cannot help but have skewed opinions on these matters. So we are here to clear a few things up (in a factual manner) about how socialist countries are viewed, and whether Sweden can actually be identified as one of them. Is Sweden socialist? A socialist Sweden exists in many people’s minds, but does it exist in reality? The answer is no.

Whether you live in Sweden or America, or another country altogether, you are sure to have experienced some level of socialist ideology at some point. In grade school, if a friend brought cupcakes to class to celebrate their birthday, everyone got an equal share. This is a simple take on a classic rule of socialism. While sharing a birthday treat is certainly not socialist, this example proves how taking a few concepts from socialism and applying them to a capitalist country’s systems can be greatly beneficial. So why is no the answer to the question Is Sweden socialist? Well to answer that you must take the following aspects into consideration.

In order to answer the question, “Is Sweden socialist?” properly, we need to first examine the answer to another important question: what is socialism? In basic terms, socialism is a form of political and economic theory which focuses on a community-regulated production, distribution, and exchange of goods. For a more complex definition, consider what kind of socialism you are thinking of. Marxism, which we refer to generally as communism, is often mistaken for socialism.

While there are different levels of intensity with which a country can practice socialist ideals, many countries have at least some semblance of socialism ingrained in their economic and political practices. Whether or not you agree with the ideas socialism supports, you can acknowledge the philanthropic benefits that can come out of it when executed properly. You can also probably find some cons to any socialist country’s systems. Now that you have an idea of what defines Socialism, you can ask yourself, “Is Sweden socialist?”

When examining the question, “Is Sweden socialist?” we can also consider the other countries in the area. While socialism is less prevalent in certain countries than others, the Nordic countries of Norway, Sweden, Finland, Iceland, and Denmark are often referred to as socialistic countries. This is because of our view of socialism as a general descriptive term, rather than a set of political and economic ideals. However, these Nordic countries do not practice socialism in the way we think of it. Instead, these countries tend to institute ideals stemming more from social democracy.

That begs the question, what is social democracy? Sometimes seen as a sort of “cuddly capitalism,” the economic equity of the Nordic countries practicing social democracy makes the middle-class lifestyle a norm in these areas. Their generous social security payouts and well-funded public services allow for a high quality of life for those living in these countries. But does this make for a socialist Sweden? Does it make Sweden socialist?

Socialism in Sweden; is Sweden Socialist?

Looking at one Nordic country specifically, what can we say about whether or not Sweden is socialist? Examining their economic lifestyle we can garner that, while many refer to Sweden as a socialist country and think that this means they are oppressed by their government, it is actually quite the opposite. When those outside of Sweden refer to the Nordic country as a socialist place, they often view the idea of socialism as an attack on their freedoms. When they think of socialism, they associate it with being controlled by their government. However, European countries tend to view socialist ideals as a concept to take the good out of, put it into practice, and leave the rest to die away.

The economy of Sweden is an open market style with intense competition and high liberalization. Financially, Swedes are taxed at a much higher rate (almost 62 percent on personal income, and 25 percent on consumer purchases) but their money is redistributed through public systems. Pension, health care, unemployment insurance, education, child care, leaves of absence from work, and public holidays are all supported through tax money. These systems have traditionally been seen as coming from socialist policies, but they are simply benefits that Swedes receive from their higher rates of taxation. The good that Sweden has taken from supposedly socialist ideas does not make them a socialist country in the way that many view socialism. The Sweden that exists today simply is not a socialist Sweden. So when asked, “is Sweden socialist?” your answer can be a resounding “no.”

Socialism in the United States versus Sweden

So why do other countries (namely the United States, for one) refer to this country as a socialist Sweden? Is Sweden socialist in a way we aren’t realizing? Well, comparatively, it might seem like a socialist Sweden to the untrained eye. In the US, citizens receive much less governmental help than in Sweden. However, they also pay less in taxes. This might appear to paint a picture of a socialist Sweden from this perspective. Instead of having widespread public services provided for them like Swedes have, citizens of the United States pay their own way (for the most part). Some say that they prefer it that way. They see quickened wait times for doctor visits and, in their opinion, a higher quality of care from physicians motivated by better rates of pay. Others say that they would much prefer to switch to a more social democracy like in the Nordic countries. In the end, it is mostly up to who is elected into the US offices.

We know that there are conflicting preferences in the United States. However, it is important to ask: which method turns out better for the country’s people? Well, it depends on who you question. If you spoke to a Swede about whether they would prefer to wait an extra week for their surgery or pay for it out of pocket, they would most likely choose the extended waiting period. Ask a US citizen what they would prefer, and they might defend their country’s policies. Often, we are simply grateful for what we know. So, based on the person you ask, you could find many different answers on what works well for a country’s economy and political systems.

How does this way of life for Swedes affect their social and physical health? Well, for one, Sweden has one of the physically healthiest populations in Europe. Whether this can be attributed to their government approach or other aspects of their physical life (such as a healthier diet and mindset around physical movement), it has drastically decreased the need for medical procedures. While America’s level of health is not nearly as high as Sweden’s, much more than the economic and political approach to policy would need to change in order for them to catch up.

People in Sweden also report being happier and having better mental health than those in other parts of Europe. Families are able to be more relaxed because their parents don’t need to work as much, those who are in need of disability or social security benefits can more easily access their funds, and citizens of Sweden are overall in a more mentally healthy state. These are just a few examples of the effects of Sweden’s economic and governmental status on its people. Despite not being a socialist country, Sweden reaps the benefits a socialist country might see, without all of the negative effects. Does this make the country of Sweden socialist though? Not in the least.

So, is Sweden socialist?

Is Sweden socialist? No. However, does Sweden implement some of the concepts that have stemmed from socialism over the years? Yes. While the two ideas may be easy to confuse, it is important to realize that calling Sweden socialist is not a wholly accurate representation of the country’s policies.

In the end, whether your country is closer to an extreme end of socialism or more on the economic and political side of capitalism, one can find common ground with another from a different country if they try hard enough. And, at the end of the day, is it not that common ground which holds us, a world of many varying countries, together as one united earth?