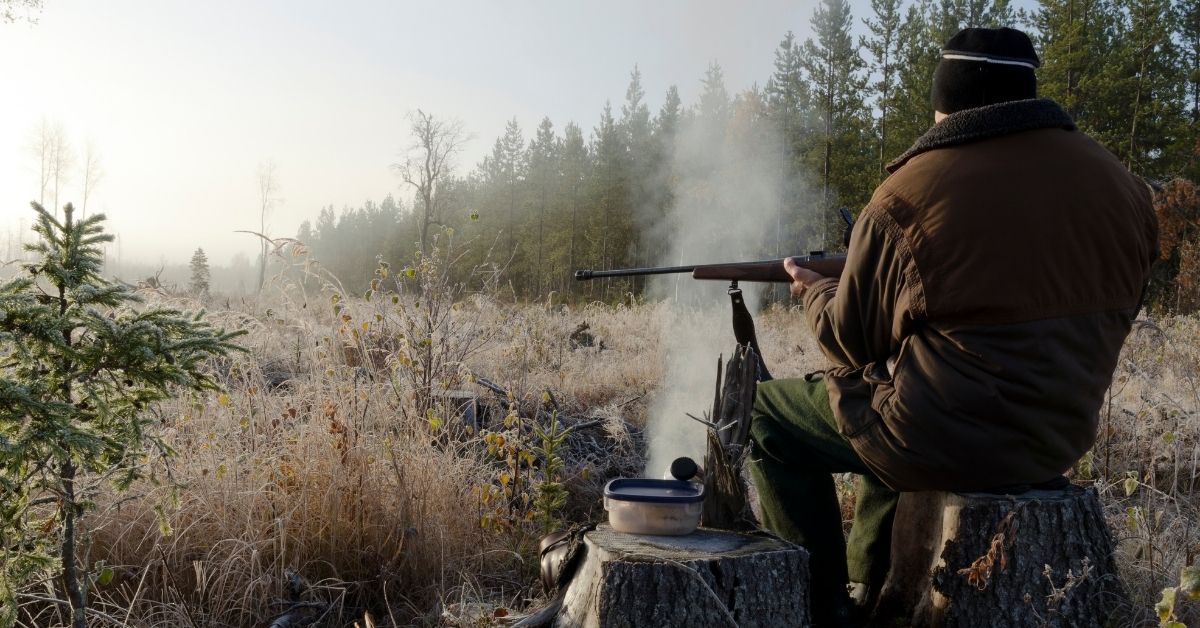 Hunting in Sweden has been a long-standing activity that Swedes have been doing from the mid-13th century until this very day. With Sweden’s vast wilderness, it makes it no surprise why hunting is still ever-present throughout families and communities. Hunting and consuming the hunted meat is firmly embedded in Sweden’s cultural roots as every 39th person is, in fact, a hunter! In this guide, you’ll find out everything you need to know about hunting in Sweden.

For anyone to be able to go hunting in Sweden, they must pass the Hunter’s Proficiency Test (under the supervision of the Swedish Environmental Protection Agency), which involves two theoretical tests and three practical tests to be able to carry a hunting weapon.

Theoretical tests consist of a test on general hunting knowledge and the big game test, while practical tests consist of the shotgun and the rifle (for both basic and big game) tests. Upon passing the five tests, candidates will be issued a Hunter’s certificate by the supervisor in charge. Passing this test indicates that you are ready and allowed to go hunting in Sweden.

Once you obtain the Hunter’s certificate, you can then apply for a license to bear firearms for hunting at the local police. Along with your application, ensure that you provide a photocopy of your certificate and an ID photo.

Eligibility to Hunting in Sweden

Anyone with a Sweden hunting permit is eligible to hunt as long as they abide by the rules of hunting. It is also possible for foreign visitors to borrow a local hunter’s weapon, as long as they are at least 15 years of age and have at least one eligible Swedish hunter present to supervise them during hunting in Sweden.

A majority (50%) of Sweden’s land is owned by big companies and the state, especially in the northern and central regions. The remaining parts of the land, along with hunting rights, are available to be leased out to hunting associations or individuals.

Hunting in Sweden must be done sustainably and lawfully, which means the game (animal hunted) should not unnecessarily suffer when being hunted, and no danger is imposed on the people and the property itself.

A particular case goes to moose hunting, where co-operation is typically required to ensure viable hunting and conservation of moose is upheld and honored. Landowners or hunting hosts typically pool their hunting rights to expand the hunting area and range for a better experience of hunting in Sweden.

To understand and learn the fundamental practical skills and knowledge of hunting in Sweden, you can attend a comprehensive education program arranged by the Swedish Association for Hunting and Wildlife Management. Learning content formats comprise coursebooks and videos for the 20,000 students participating in the course annually. Practical education usually involves subjects such as game shooting, training of tracking dogs and retrievers, game rearing and trapping, and habitat management.

Any trials and activities related to hunting in Sweden are conducted within the school and even at Sweden universities in subjects such as Game management and Game biology based on the  Öster-Malma Game Management School.

Though hunting in Sweden is a legal activity for both Swedes and foreign visitors, there are rules and guidelines you have to abide by to ensure you hunt sustainably and ethically. Some prohibited hunting methods include hunting with birds of prey (falconry), hounds, and the use of bows. Transportation using motors is not allowed during the hunt, which includes searching, tracking, chasing the game species, and/or preventing game species from escaping.

Hunting tools or methods that are permissible include fixed light sources from buildings or roads to hunt certain game species such as rabbits and wild boars. Torches can be used to hunt for badgers for certain hunting types and when hunting underground. Other tools such as lures, decoys, walkie-talkies, and camouflage netting are also allowed when hunting in Sweden.

The hunting season is typically from the fall to winter (August to February). The initial start dates of the season may differ depending on the species being hunted. Therefore it is essential to do your due diligence on when, where, and what to hunt to make the most out of your experience from hunting in Sweden. See the full general schedule below.

Please note that this is a general schedule, as the Sweden government may change hunting season schedules once every three years.

In order to immerse yourself in the experience of hunting in Sweden, you must pay the annual hunting conservation fee of around 200 SEK. The payment can be made through all Post Offices available in Sweden. The paid fee is valid for a year, from July 1 to 30 June the upcoming year.

These funds are used to provide grants for Swedish Association for Hunting activities, a non-profit and Government-delegated organization tasked to inform and advise on hunting and game management.  The receipt will typically be attached along with your hunting permit, which you must bring along with you throughout your hunting in Sweden.

Hunting in Sweden has its fair share of rewards and risks, which is why having insurance to back you up is essential to ensure your well-being is in safe hands. There are two ways to obtain insurance depending on whether you are a foreign visitor or a local Swede.

Foreigners without valid insurance in Sweden can take a special hunting insurance policy covering third-party liabilities and personal accidents when hunting in Sweden.

For Swedes, insurance is readily available after being an established member of the Sweden Hunters’ Association for a whole year. The membership (including insurance) should cost around 300 SEK, where the Swedish hunting host can process insurance.

For moose hunting in Sweden, unless you are a local Swede, you are required to make prior arrangements with the hunting host to go to the moose-hunting training range to prepare yourself before the hunt begins.

Landowners and hunting hosts require potential moose hunters to pass a standardized and well-acknowledged test at the bronze level to be eligible for Sweden hunting. The test consists of shooting a life-size moose figure from 80 meters away in two scenarios (when stationary and when moving/running).

Moose hunting seasons typically start in either the beginning of October (southern and central Sweden) or the beginning of September (northern Sweden), an hour before sunrise until the sun sets. To hunt moose, you are only allowed to use rifles, as stated by Sweden hunting regulations.

Viggesågen is known to be the favorite spot for Sweden hunting. Typically, Swedes hunt for common forest birds such as capercaillie, black grouse, and possibly, willow ptarmigans in these high altitudes. Dogs are not only the best companions but also the best partners for hunting in Sweden. For ptarmigans, dogs can easily mark them and require less stealthiness than of highly-aware forest birds.

Bird hunting does require you to understand and possess the fundamental skills of handling and using a gun, as well as trekking and navigating through tough terrains in Sweden lands. There are guided tours available for you, to have an expert by your side when bird hunting in Sweden.

Hunting in Sweden is doubtlessly an experience of a lifetime and most likely one you will never forget. Hunting is one thing, but hunting responsibly and sustainably not only honors the Sweden hunting culture but it also conserves wildlife species to ensure both humans and animals can co-exist well with one another.

4 thoughts on “Hunting in Sweden – Everything You Need to Know”